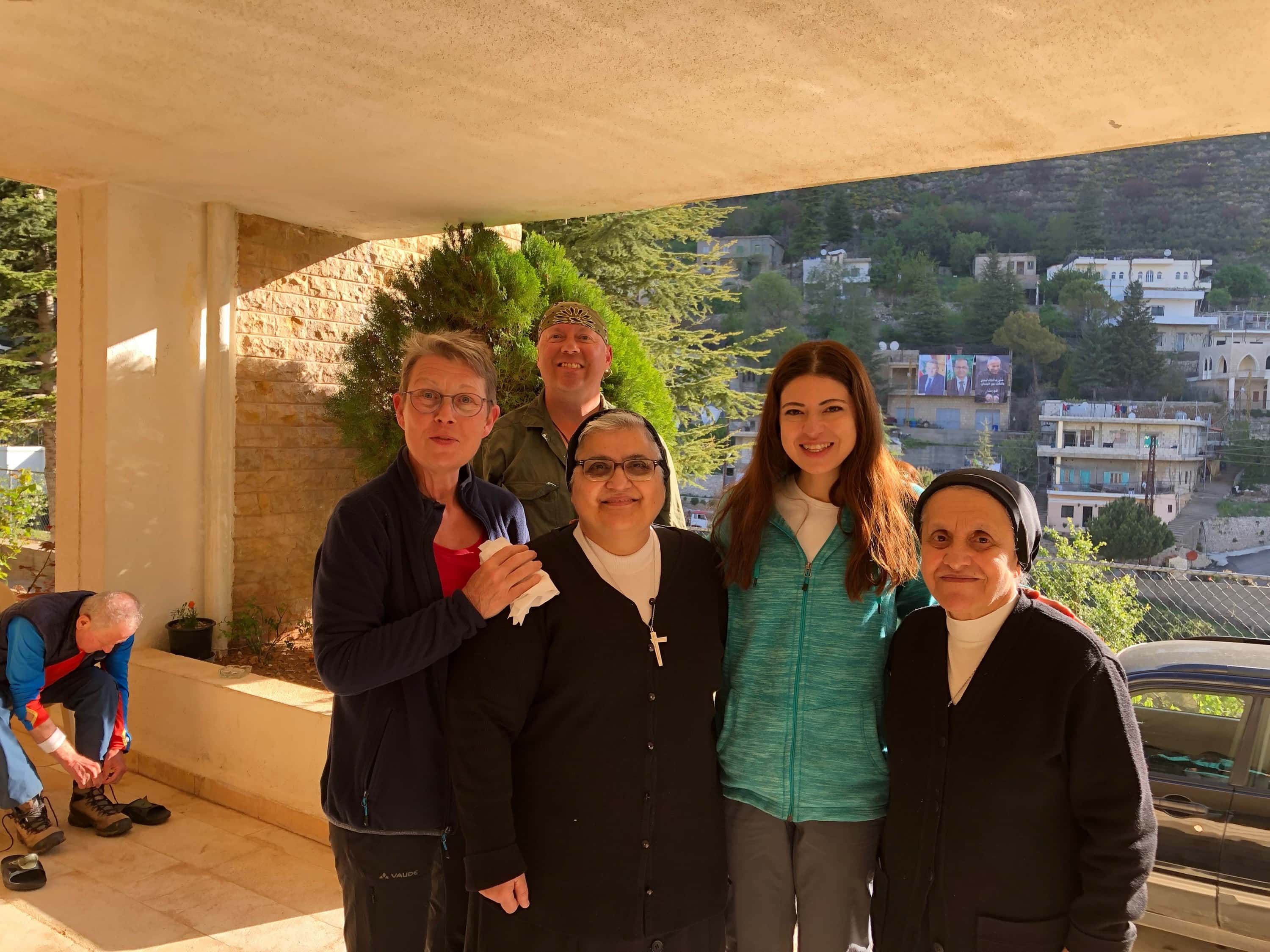 New to the LMTA’s network of accommodations is Aaqoura’s ­ Convent of the Holy Family. Although it was only used for the first time during the 2017 Fall Trek, the bond between Sister Madonna Azzi -the nun responsible for the operation of the convent and the LMTA is now very strong. Sister Madonna believes that the Lebanon Mountain Trail can provide tourists with the best that Lebanon has to offer. She equally believes that it has the potential to change people’s minds about the country which is so often cast in a negative light in the news.

Not only does Sister Madonna look upon the LMT positively, but LMT hikers speak fondly of their experiences when staying at the convent. From the moment her hiking team arrived at the Aaqoura Convent, Duha Fayyad – a 2018 Thru-Hiker -, says that Sister  Madonna and her fellow Sisters went above and beyond the call of duty in making sure everyone felt welcome and at home.

“The affection and authenticity you find at the convent… you don’t find them anywhere else in the world, except maybe in other monasteries and convents on the LMT!” Duha is reminded of her visit often because the Sisters sent her back to Jordan with a gift of carob molasses which she still savors at breakfast time. She’s sad that her visit to the convent was only for one night but plans to return there during her next trip to Lebanon.