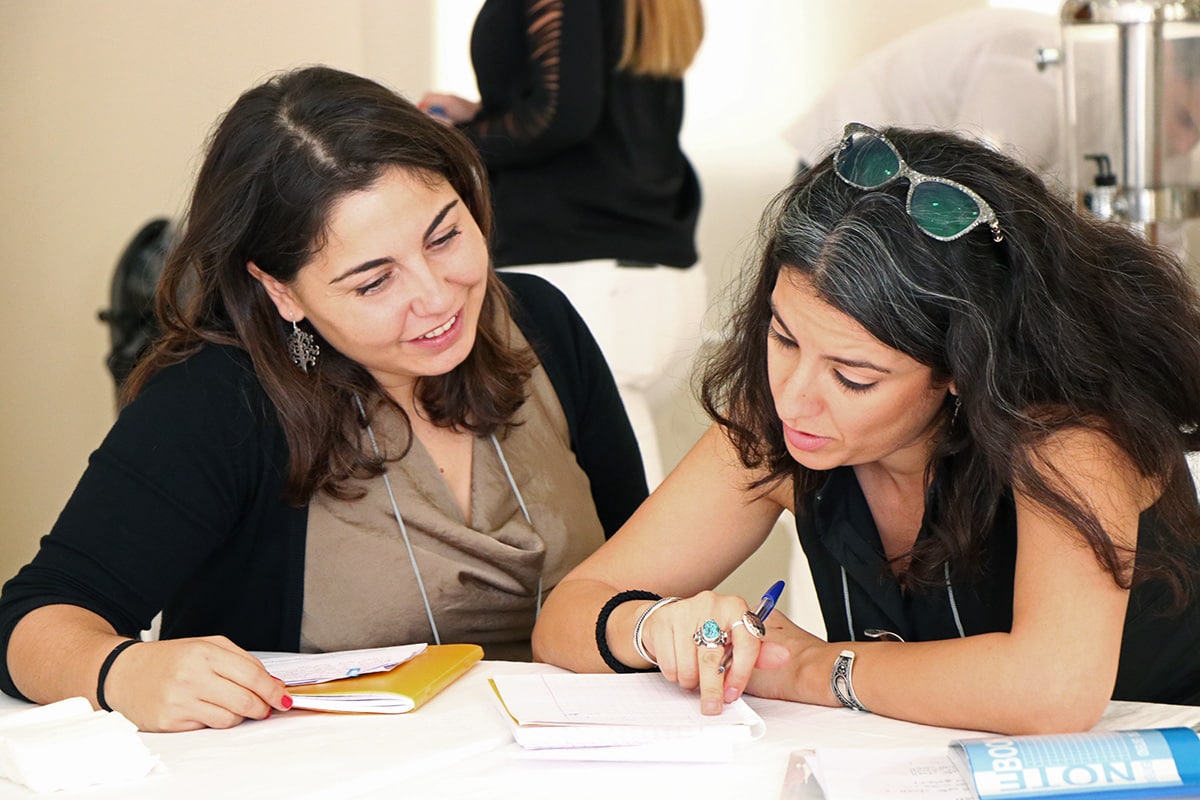 Zeinab Jeambey from the Lebanon Mountain Trail Association (Lebanon) and Valentina Verze from COSPE (Italy) are working side by side for the development of rural areas in Lebanon. They are the focal point that connects professionals and civil society individuals and organizations from two different countries for the completion of a touristic project based on responsible social development.

They believe that cooperation starts with walking together. Indeed, it was when they started walking together that they found out that side by side they made an efficient team. Valentina and Zeinab are two managers, each in her own way, but both driven by a passion to work for a better society and build bridges. Be it luck, fate or a premeditated deed, they both landed on the Lebanon Mountain Trail (LMT), a 470 km long distance hiking trail, a trove of potential for them to nurture this passion. 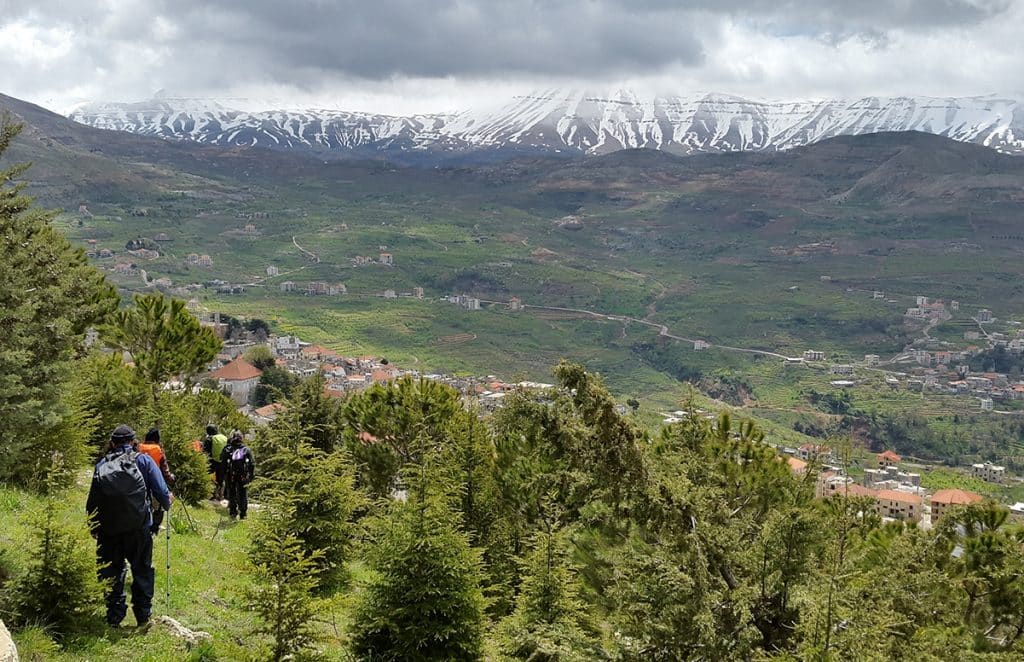 Valentina walked on the LMT and experienced firsthand how from one section to another, you found yourself in a totally different natural, cultural, social and religious environment. It was a delight for the person she is, always looking for diversity and cultural peculiarities. The project manager and country representative says that “we’re piloting an experience on the ground that’s creating a momentum on a community level. We are reinforcing the concept of territory as lever for inclusive and sustainable development and community based tourism.”

“I think that the 2 years project Conservation and Development of Economic Opportunities on the Lebanon Mountain Trail” under the EU funded Reinforcing Human Rights and Democracy in Lebanon – Active Citizenship, AFKAR III program managed by The Minister Of State For Administrative Reform(OMSAR), has a promising potential”. She looks up to the clear vision and mission of the 10-year old LMT Association, with the initiative to link all these villages by one path, building bridges and most importantly dialogue in an immensely diversified country. Zeinab, simply touched by the human element in more than 75 villages on 470 kilometers of trails, uses her communication skills to mobilize a whole community and reinforce the concept of territory and identity. It goes in pair with diffusing among its members ways to draw on their natural and cultural riches from a touristic perspective.

“In the framework of the project, we are able as an Association to mobilize stakeholders and the community at large and raise their awareness about the trail as a touristic product and their villages as potential touristic destinations, and also highlight the importance of the environment as an added value to such a destination.”

Two years spent in program management at the LMT Association are backed up by the echo to her own passion: the one of the people in love with their own territory, their own villages and environment.

Work with Valentina and the other project partners has drawn her attention to how the LMT can benefit from COSPE’s and AITR’s Italian and European intense experience in development, social innovation and territorial governance. Zeinab is convinced of her work: “I feel that this is where I should be, where I can give the most, because I know the community the most.” Valentina feels she cannot be anywhere else but in a Mediterranean country. Off working hours, if they’re not in their hiking boots, they might be out somewhere trying local Lebanese cuisine.

This article is made possible in the framework of the project “Conservation and Development of Economic Opportunities on the Lebanon Mountain Trail” under the EU funded Reinforcing Human Rights and Democracy in Lebanon – Active Citizenship, AFKAR III program managed by The Minister Of State For Administrative Reform (OMSAR).

This publication has been produced with the support of the European Union. The content of this article is the sole responsibility of COSPE and can under no circumstances be regarded as reflecting the position of European Union and the Office of Minister of State for Administrative Reforms (OMSAR).

Trail-Side Stories – The story of Joseph Geagea, the guardian of the memory of a people